Sugar exporters have alleged lack of fairness and haphazard implementation of the government decision to restrict overseas sales to 10 million tonnes in the current season, which runs from October 2021 to September 2022. The May 24 order asked mills to apply online starting June 1 for approval to export sugar. The government subsequently announced a 1 million tonne quota for exporters and 0.8 million tonne for sugar mills, after taking the quantities already shipped into account.

“It was not fair to apply the cut-off date without giving a prior notice to the exporters and putting the same in the public domain when government was aware that many exporters could not even lodge the application as the system was not working,” the All-India Sugar Trade Association (AISTA) said in a letter to food secretary Sudhanshu Pandey on June 6.

The earlier order had not mentioned any cut-off date and the order needed to be rescinded because of this, said the note, which has been reviewed by ET. AISTA declined to comment on the letter.

Exporters have also objected to the pro rata allocation of quota among applicants.

“Just in two days, applications for 23.10 lakh tonnes were filed. Those exporters who had filed inflated applications got higher export quotas, whereas the genuine exporters suffered,” said the letter.

“We also find that a quota has been allocated to the exporters who do not have a track record of export in the past,” the letter said. Some mills said they had forward contracts with exporters but couldn’t get release orders as they were unable to apply on the portal.

“We could not upload our application even after trying continuously for four days and from different systems,” said Rahul Patil, assistant vice president, Balaji Sugar and Chemicals from Bijapur in Karnataka. “Finally, as I could upload my application on Tuesday, I hope that the government will come out with a second list of export quota.”

“Our estimate is that nearly 20 lakh tonnes of sugar export application is for raw sugar, whereas only 5 lakh tonnes of raw sugar is lying at the port. There is not so much raw sugar in the country,” it said in the letter.

The exporters have demanded that the government should take stern action if an exporter’s contract shows raw sugar and the corresponding purchase contract lists white sugar. 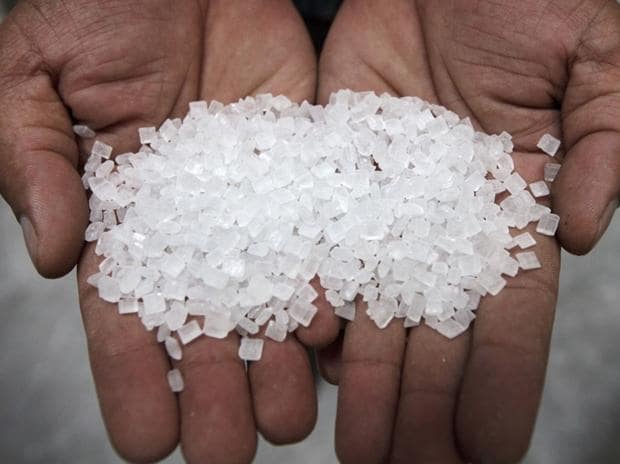 Sugar manufactuers operating margins are expected at 12.7-13.7 per cent in FY23. Domestic sugar production is estimated higher at 333 lakh tonne this season against

Maharashtra has recorded an all-time high sugar production of 132 lakh tonnes this year, state sugar commissioner Shekhar Gaikwad has claimed. But, despite the high No plans to cap exports of sugar, says Centre

The Indian Government has no plans to cap exports of sugar, though it will keep a tab on the volume getting shipped to ensure ample