Sluggish demand in the domestic and international markets, combined with a high-cost operating environment, is prompting some steel mills to consider production cuts.


Some of the primary steel mills are mulling a cut in production or advancing the shutdown of facilities. And it’s not just the primary mills. Some of the secondary producers have cut production.


A secondary producer in western India said that production in June was down by 5-10 per cent. Another operating in the eastern part of the country said that the steel price correction had run ahead of raw material correction, resulting in a loss of Rs 2,000-3,000 per tonne, and it had to resort to a production cut in the short run.


Steel prices were in correction mode before the government imposed the export duty, impacting about 95 per cent of the steel export basket. Post-export duty, prices fell further.


But according to companies, users are still in wait-and-watch mode. “There is confusion in the market that prices will go down, so customers are postponing purchases, and inventory is building up. Time has come to take shutdowns so that we don’t end up with high inventory at the end of the quarter,” said a steel company executive.


Some companies believe the high cost would not permit further price corrections. “At the current cost levels, even without the duty, the price is becoming unsustainable,” said a steel producer.


Steel prices peaked in April and started correcting in line with global prices.


During the same period, rebars in long steel moved from Rs 74,800 a tonne to Rs 63,400 a tonne. At the retail end, prices were lower for long and flat steel.


The government, while imposing a 15 per cent export levy on steel, had raised export duty on iron ore fines and lumps with the iron content of 58 per cent and above from 30 to 50 per cent to lower cost. On pellets, it has imposed an export duty of 45 per cent.


Incidentally, KIOCL, under the ministry of steel, said in a stock exchange filing recently that its pellet plant operation at Mangalore had been suspended because of unviable operation due to the levy of duty on the export of pellets by the government.


The other critical raw material for steel – coking coal – has cooled to below $400 a tonne level from peak levels of $670 a tonne. But steel producers are pointing to the high cost of inventory.


“What we bought in March, April, and even May was very expensive and is coming into our stocks. Producing at a very high-cost level when it’s not making economic sense is a question that everybody is looking at today,” said one of the producers.


Hetal Gandhi, Director, CRISIL Research, said that while domestic prices have corrected by over 10 per cent from May’s average, global prices (FOB) in China have only fallen by 5 per cent, making imports more expensive than domestic prices.


In the domestic market, companies say that demand from the automotive segment is good, but other segments are picking up slowly.

PrevPreviousCrude not sustainable at $120/bbl, expect to come down over medium term, says Harish Madhav of Oil India
NextRupee hits record low, breaches past the 78-mark against USDNext 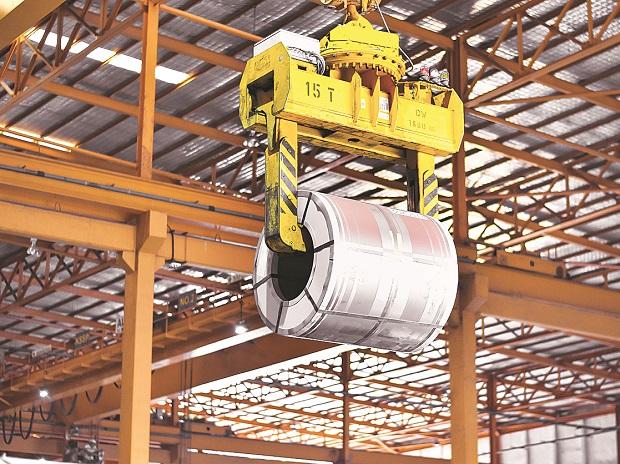 Steel prices cool down after levy of export duty

Steel prices in the domestic market have fallen by almost a tenth in the two weeks since the Centre levied export duty on the alloy, With the stalemate on Russian crude oil import ban by European Union continuing, Brent crude futures touched $120 a barrel on Monday morning. At 10.05 Global crude steel production dropped for the tenth consecutive month in April this year, dragged by China’s production declining for the seventh month in the Steel prices, which have been on a song for the past two years, are finally set to correct on weak seasonality, and may