The Solvent Extractors’ Association of India (SEA) has urged the Government to impose a penalty on those holders of TRQ (tariff rate quota) for crude soyabean oil and sunflower oil who do not utilise the licence.

In his monthly letter to SEA members, Atul Chaturvedi, President of SEA, said the government has released TRQs for crude soyabean oil and sunflower oil and issued licences based on refining capacity ignoring past performance of the refiners.

Stating that this has led to a lot of resentment among the regular refiners of crude soyabean oil and sunflower oil, he said: “It is shocking that TRQs have been allotted to companies who have never refined sunflower or soyabean oils in the past. Some of them may not even have the equipment to refine sunflower oil in particular.”

To correct this situation, he said, SEA has suggested that a penalty be imposed on the holders of TRQ for non-utilisation of the licence. The penalty should be equal to the import duty value. This should be duly informed to all TRQ holders to ensure recipients actually import. The cancelled quota should be allotted to actual refiners based on their past performance, he said.

“We feel such an action by the government will go a long way to ensure that people applying for TRQ are genuinely serious companies who are actual users with a proven track record,” Chaturvedi said.

The Indian government had issued zero duty TRQs for soyabean and sunflower oil for 4 million tonnes at a time when markets worldwide were aggressively moving southwards. Fear of inflation probably prompted this decision, but the timing was way off the mark, he said.

Indonesia, the biggest exporter of edible oils in the world, first banned export of palm oil to cushion domestic consumers. But within a month, Indonesia gravitated to the other extreme by reducing export levies and taxes to push export as its markets had tanked and storage tanks were overflowing, he said.

In the last two months, international price of palm oil dropped drastically down by $700 a tonne while that of soya and sunflower oils fell by about $450 a tonne. The sudden fall in price has put many importers who had not hedged to face huge financial loss.

Despite all the difficulties, the industry responded to the appeal made by the Government and reduced MRP further by ₹15 to ₹25 per litre on various brands of edible oil providing relief to the consumers, Chaturvedi said.

On the tax-related issues, the SEA President said the vegetable oil refining industry is using many chemicals and other inputs for refining vegetable oil paying GST at the rate of 12 per cent to 18 per cent.

Stating that the government has disallowed refund of unutilised input tax credit in a notification dated July 13, he said this will be a big loss to be vegetable oil refining industry and a burden as they will not be able to get refund for excess of input tax credit.

Touching upon oilseed sowing scenario in the country, he said the sowing areas under oilseed are up by 7.5 per cent and touched 134 lakh hectares as on July 14, and were likely to further increase in the coming days. “We should not be surprised to see it cross last year’s level of 194 lakh hectares. Latest monsoon report indicates that central and southern India have received excess rain while north and east India are still under deficient rainfall,” he said. 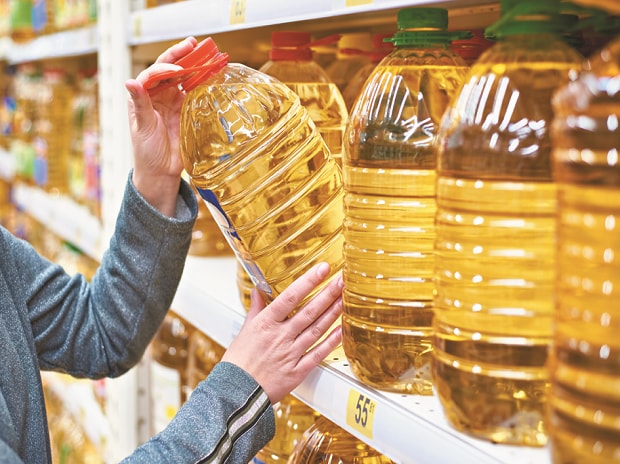 The Department of Legal Metrology has asked the manufacturers of edible oil, vanaspati and non-edible vegetable oils to mention the volume and weight of the