(Reuters) – Gold inched up on Friday, en route to a weekly gain, buoyed by the dollar’s retreat on a perceived dovish tilt in the U.S. Federal Reserve’s interest rate hike strategy.


A “substantial majority” of Fed policymakers agreed it would “likely soon be appropriate” to slow the pace of rate hikes, the readout of the Nov. 1-2 meeting showed on Wednesday.


This put the dollar on course for a weekly decline, making gold cheaper for overseas buyers. [USD/]


The retracement in the dollar has kept gold well-supported as “the slower pace of rate outlook is being looked upon as a sign of peak hawkishness to further unwind the bearish positioning in the yellow metal built up since the start of the year,” said IG market strategist Yeap Jun Rong.


But the December FOMC (Federal Open Market Committee) meeting will be a “black box” event given the variation in projections before and after recent cooler-than expected U.S. inflation data, leaving gold sensitive to upcoming data as buyers look “for greater conviction that current rate hike expectations are well-anchored.”


A majority of traders expect a 50 bps rate increase at the Fed’s December meeting, while chances of 75 bps hike were pegged at about 34.5%.


High interest rates have kept a leash on gold’s traditional status as a hedge against high inflation and other uncertainties this year, as they translate into higher opportunity cost to hold the non-yielding asset.


Holdings of the largest gold-backed exchange-traded-fund, New York’s SPDR Gold Trust have shed about 68 tonnes since the beginning of this year. [GOL/ETF]


(Reporting by Arpan Varghese in Bengaluru; Editing by Rashmi Aich and Uttaresh.V) 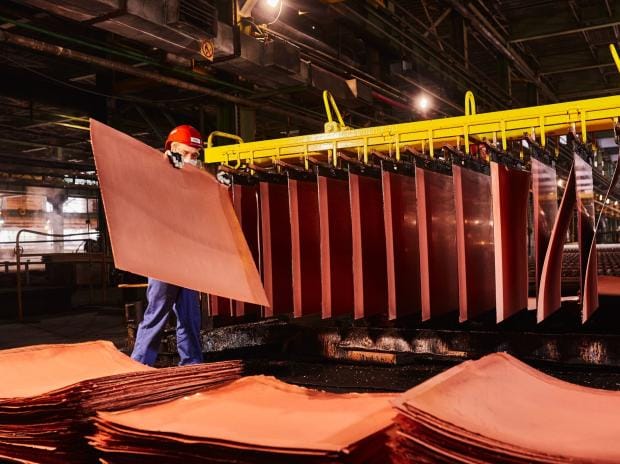 Copper prices jumped on Wednesday to the highest in over five weeks after data showed U.S. inflation was weaker than expected, stoking hopes

Gold and silver prices remained unchanged in Tuesday’s early trade for the second day in a row, as 10 gram of the yellow metal

By Ashitha Shivaprasad (Reuters) – Gold prices rose on Monday following a pullback in the dollar and U.S. Treasury yields, while