According to Pramod Agrawal, Chairman and Managing Director, CIL, the C2C plant would help cater to the requirement of coal producing subsidiaries. Price of explosives, one of the key input material for excavating coal, has gone up substantially, he said.

“Pre-feasibility studies were completed during the year to set up integrated Coal-to-Chemical (C2C) plants utilising low-ash coal. These plants are proposed to be located near mine heads of ECL, SECL and WCL to produce methanol, ammonia and ammonium nitrate respectively. Tendering process is on,” Agrawal said addressing shareholders at the 48 th annual general meeting virtually on Tuesday.

With emphasis on increasing production, the boards of CIL and its subsidiaries have approved 16 mining projects in FY22 having a sanctioned capacity of 99.84 million tonnes (mt) a year. These projects will start contributing in the ensuing years. As many as five mining projects having a capacity of 12.60 mt a year have been completed during FY22.

The company has devised a transformational plan for operationalising 14 mines through engagement of Mine Developer-cum- Operators (MDO), having proposed capacity of 165.58 mt per annum contributing sizeable output in the coming years, he said.

Of these, ten are opencast with projected capacity of 161.50 mt per annum and four underground with capacity of 4.08 mt. Letter of Acceptance has been issued to six of the successful bidders of MDO projects having a total capacity of 96.74 mt, while notice inviting tender for seven more (5 OC and 2 UG) with capacity of 58.84 mt has been floated.

The company awarded as many as 56 mining and transport contracts for OBR (over burden removal), coal extraction and coal transportation in addition to running contracts in FY22.

CIL, which has been working on underground mines mechanisation, has commissioned four continuous miners with 1.64 mt per annum capacity during FY22, one each in WCL and ECL and two in SECL. “Letters of Acceptance have been issued for commissioning of nine continuous miners in six mines. Of these, one is in ECL, two in WCL and the remaining three in SECL,” he said.

For quicker and quality loading of coal having environmentl-friendly benefits, CIL has identified 44 projects under ‘First Mile Connectivity’, to be implemented in two phases.

In the second phase, of the nine FMC projects of 57 MTPA, work has been awarded for three with 14 mt capacity in FY22.

On listing of the subsidiaries, he said, CIL is trying to list BCCL (Bharat Coking Coal) and CMPDI (Central Mine Planning and Design Institute), but there was no question of demerging them.

“A part of their shares may get listed, but we are working on all the approvals, etc. are being obtained,” he said. About 2.94 lakh hectare area in India acquired for coal mining

The total land acquired by Coal India (CIL) and Singareni Collieries Company (SCCL) for mining the key commodity is around 2.94 lakh hectares across the Even as Coal India is ramping up production in line with increasing demand, as many as 42 of its projects are running behind schedule due 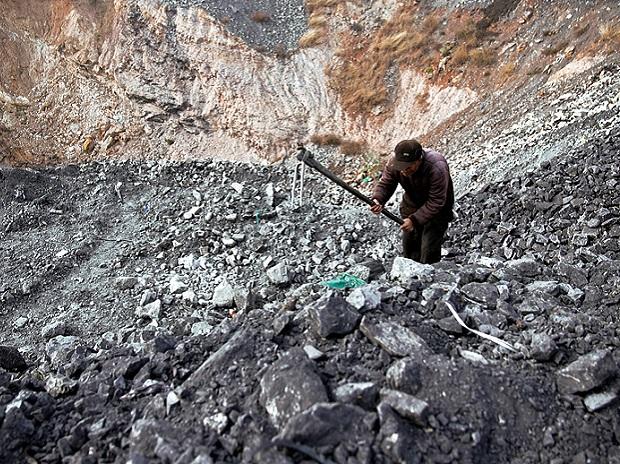