The Centre is likely to soon come out with a policy on the use of methanol as an alternative fuel, particularly for blending, the Methanol Institute’s Chief Representative of India Prakriti Sethi has said.

“There will be some sort of policy soon and projects will come on board. We are very positive as we are working with the Government. We see a lot of positives on the policy changes,” Sethi told BusinessLine.

NITI-Aayog, the Centre’s think-tank which is working in tandem with the Methanol Institute since 2016, has come up with the “Methanol Economy” programme aimed at reducing the country’s oil import bill, greenhouse gas (GHG) emissions, and converting coal reserves and municipal solid waste into methanol.

Sethi said traditionally methanol has been produced from coal and natural gas with more output from the latter. “India and China have huge resources of coal to produce methanol. But we are now looking at producing bio-methanol from renewable sources such as agricultural wastes and municipal solid wastes,” she said.

Another method of producing methanol is e-methanol from captured carbon dioxide and green hydrogen.

According to the NITI-Aayog, methanol derived from coal is the most economically viable option for India in view of the abundant reserves it has. It is available at a relatively cheaper than natural gas and crude oil, which are imported.

Sethi said methanol is cost-effective compared with other sources such as ethanol and pointed out a study by NITI-Aayog comparing ethanol, methanol and gasoline.

The study — based on internal research done by the Ministry of Coal in collaboration with private investors — coal gasification companies, and technical experts, found that methanol’s price is likely to be ₹22-25 a kg or ₹17.5-19.8 per litre (density of methanol – 0.791 kg/litre) based on a conservative estimate.

Methanol Institute, which has the world’s largest producers and distributors as its members, has been in the country since 2016 working with, besides Niti Aayog, the Ministries of Petroleum and Natural Gas, Renewable Energy and Road Transport and Highways. “But we are now looking at technical providers utilising methanol for fuel and power generation,” Sethi said.

The institute, along with NITI-Aayog, is focussing on ensuring energy security and cutting India’s burgeoning fuel bills. “In the past five years, we have seen significant growth in the production of indigenous resources to use methanol as an alternative,” she said.

Since the Covid pandemic set in, the Centre has understood the dynamics of the production of renewable energy, shown interest and ensured its growth. “The private sector is also showing interest and is doing its own research trials and pilot project,” the Methanol Institute’s India representative said.

“There is a significant push on the cost-effectiveness of alternative fuels. Companies are exploring other energy option fuels,” she said, adding that in 2018 the standards for M15 (mixing 15 per cent methanol with petrol) were laid out.

“Indian Oil Corporation Ltd will begin a pilot project on M15 in Assam and it is expected to spill over to the other parts. Automobile Research Association of India has carried out M15 trials in two- and four-wheelers,” Sethi said.

But more importantly, a pilot project of methanol stoves — methanol cooking programme — was carried out in Assam and it was a success. Initially, 300 stoves were distributed for the pilot project conducted by NITI Aayog and Assam Petro Chemicals.

“It boils down to targeting low-hanging fruit, which is an easy market. The results of the pilot have been satisfactory and we many now hear more on methanol stoves,” Sethi said.

According to NITI-Aayog, the methanol cooking programme will now be scaled up to one lakh households in Uttar Pradesh, Maharashtra, Gujarat, Telangana, Andhra Pradesh, Goa, Karnataka, Jharkhand and Manipur.

The Methanol Institute India representative said methanol is an excellent carrier of hydrogen due to its chemical properties. “The Ministry for New and Renewable Energy (MNRE) is working on India Hydrogen Mission to explore how to mitigate challenges in transportation and storage,” she said.

The MNRE is looking at the commercial aspects and tariffs, besides other aspects. Sethi said the Delhi government had come up with a directive to examine alternative sources to diesel generator sets, which were banned for causing pollution.

“Methanol was not included in the list of alternative sources. We have pitched to the Delhi government to look at methanol generator sets. Even other States which have higher pollution levels can consider it,” she said.

IOCL is also considering blending methanol and diesel, while Ashok Leyland has begun a pilot project on methanol.

NITI-Aayog says besides, five methanol plants based on high ash coal, five dimethyl ether plants and one natural gas-based methanol production plant with a capacity of 20 million tonnes per annum, in a joint venture with Israel, have been planned to be set up.

The Cochin Shipyard Limited is building three boats and seven cargo vessels for the Inland Waterways Authority of India to use methanol as a marine fuel.

Sethi said ethanol is also used in power generation and the Indian Army is using methanol fuel cells. The National Thermal Power Corporation is doing a pilot project on green ethanol but it is yet to be scaled up, she said.

According to NITI-Aayog, Thermax Ltd has successfully developed a 5-KW methanol-based reformer on a Direct Methanol Fuel Cell (DMFC). This module is being tested to replace DG sets in mobile towers.

Sethi said private stakeholders want to understand the utility of methanol and are looking at these applications in India. ARAI is looking at blending ethanol with methanol to help meet the 20 per cent ethanol target.

“There is pressure in meeting the 20 per cent ethanol target and stakeholders are looking at ways to reduce the burden and make things cost-effective.

Ethanol-methanol blend is happening in other parts of the world. Italy has A20 which is such a blending,” she said.

Efforts are on to blend methanol with diesel using additives. Tim Chan, Assistant Director, Government and Public Affairs (Asia & Middle East), Methanol Institute though there are technical difficulties methanol can be blended with diesel. “Successful trials have been done with 15 per cent methanol diesel blending,” he said.

Sethi said to carry forward its agenda on alternatives to fossil fuel, the Centre should have a strong policy mechanism like Europe, which offers carbon credits, incentives and also penalises defaulters.  “There is a need to take the agenda on alternative fuels forward through a strong message to diversify India’s energy basket. Methanol will play its role in this,” Sethi said.

NITI-Aayog said the methanol economy will create nearly five million jobs while ₹6,000 crore can be saved annually by blending dimethyl ether in LPG. For the consumer, there could be a ₹50-100 saving per cylinder.

By Seher Dareen (Reuters) – Gold prices fell on Friday and were bound for a weekly dip following indications from U.S. Federal

By Arundhati Sarkar (Reuters) – Gold prices were headed for their best week in more than two years, as they extended gains

Coming out of the grip of economic slump brought in by the coronavirus pandemic, Indias gold demand for the second quarter (April-June) increased 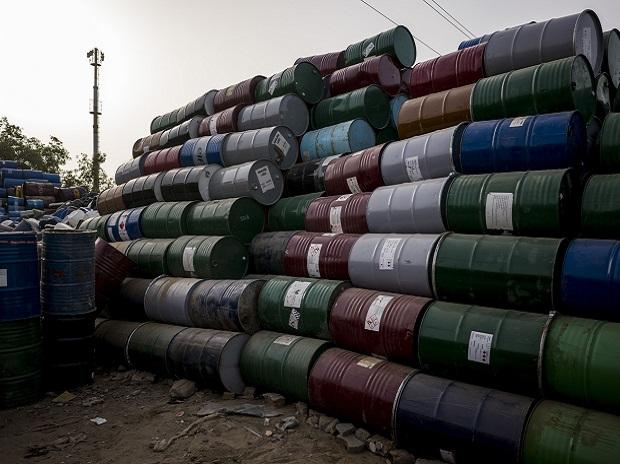 By Sonali Paul MELBOURNE (Reuters) -Oil prices fell about 1% in early trade on Wednesday before paring some losses, ahead of